It’s very simple: inflate the number of flu deaths to circulate fear, and sell more vaccines. Vaccinated people shed and spread virus, which causes more infections, and more deaths, which sells more vaccines. It’s a great marketing campaign, but is this ethical, and is the 80,000 number even true?

The Centers for Disease Control and Prevention’s Director Dr. Robert Redfield recently told the Associated Press that “80,000 people died of the Flu and its complications last season.”

This is based on an “estimation” of Influenza deaths, because states are not required to report Influenza-associated deaths to the CDC in adults, but they are required to do so in children under 18. There are of course death certificates, but the CDC asserts those are wrong.

They are presenting this mathematical model as fact, without any scientific basis.

Here is the estimate, here’s the press release, and here’s the news conference.

And here’s the fear-mongering articles pushing people to get flu shots:

Ok, so here’s the problem: the main premise of these “estimates” is claiming that flu-associated deaths are grossly underreported in particular, and that “cause of death” for all people is misdiagnosed in general–without having to give actual evidence. That means if someone had a heart attack–they are claiming, without any positive influenza testing, that that person actually died of an influenza-induced heart attack.

They even go as far to say that a negative influenza swab could be wrong, so they feel the need to increase the Influenza deaths based on possible false-negative test results:

“Some commonly used tests to diagnose influenza in clinical settings are not highly sensitive and can provide false negative results (i.e. they misdiagnose flu illness as not being flu.) For these reasons, many flu-related deaths may not be recorded on death certificates.”

Here is Table 1 of the CDC estimate: 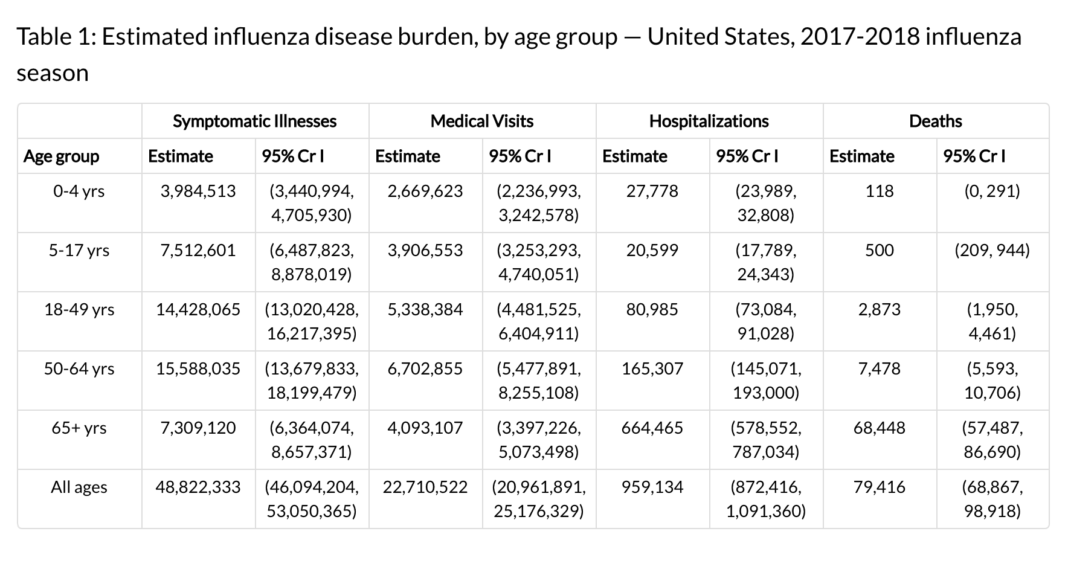 The CDC estimate is also claiming that pediatric deaths are grossly underreported. For example, states reported a total of 183 pediatric influenza deaths for the 2017/2018 season, and remember, pediatric influenza deaths are a notifiable disease, confirmed by positive testing of influenza virus. The CDC is “estimating” that it’s actually 618 deaths that occurred in the pediatric population due to Influenza, without any evidence or data to prove the estimate actually reflects real life.

So How Many People Really Do Die of Influenza?

Not enough to sell vaccines. That’s the short answer. Here’s the longer version: 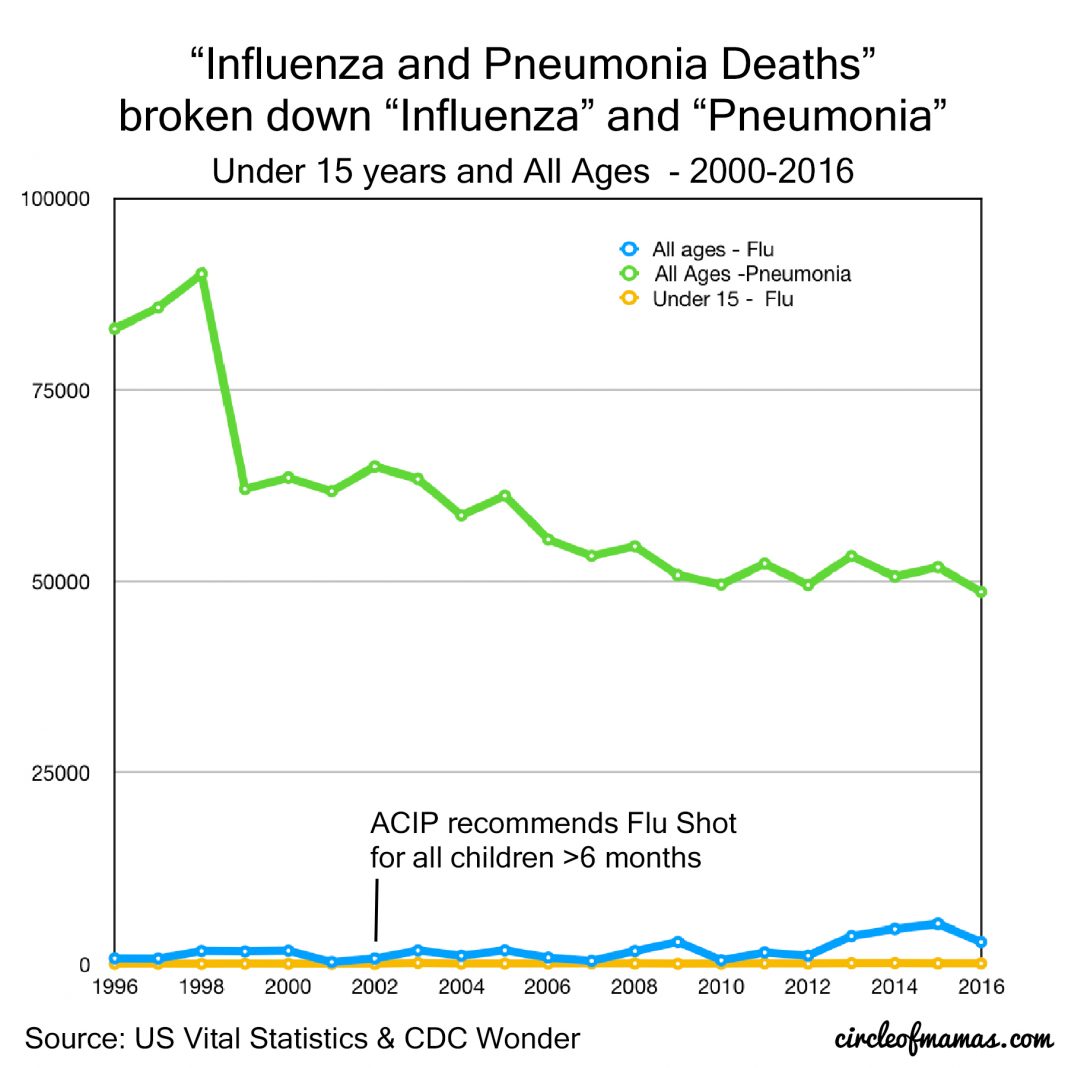 The CDC doesn’t track Influenza deaths by itself, but rather both pneumonia and influenza (P&I)–attributed deaths through CDC’s National Center for Health Statistics (NCHS) Mortality Reporting System. That’s not to say we don’t have ICD codes for when influenza is found, and when a bacteria is found. We do. And we know based on ICD codes that pneumonia causes 90% of the deaths in the “pneumonia and influenza” classification. This is what it looks like, randomly picking years:

According to the CDC:

“While flu deaths in children are reported to CDC, flu deaths in adults are not nationally notifiable. In order to monitor influenza related deaths in all age groups, CDC tracks pneumonia and influenza (P&I)-attributed deaths through the National Center for Health Statistics (NCHS) Mortality Reporting System. This system tracks the proportion of death certificates processed that list pneumonia or influenza as the underlying or contributing cause of death. This system provides an overall indication of whether flu-associated deaths are elevated, but does not provide an exact number of how many people died from flu.”

Historically, the majority of deaths attributed to “Influenza and Pneumonia” every year are in fact due to pneumonia, and are also in the over 65 year old group: 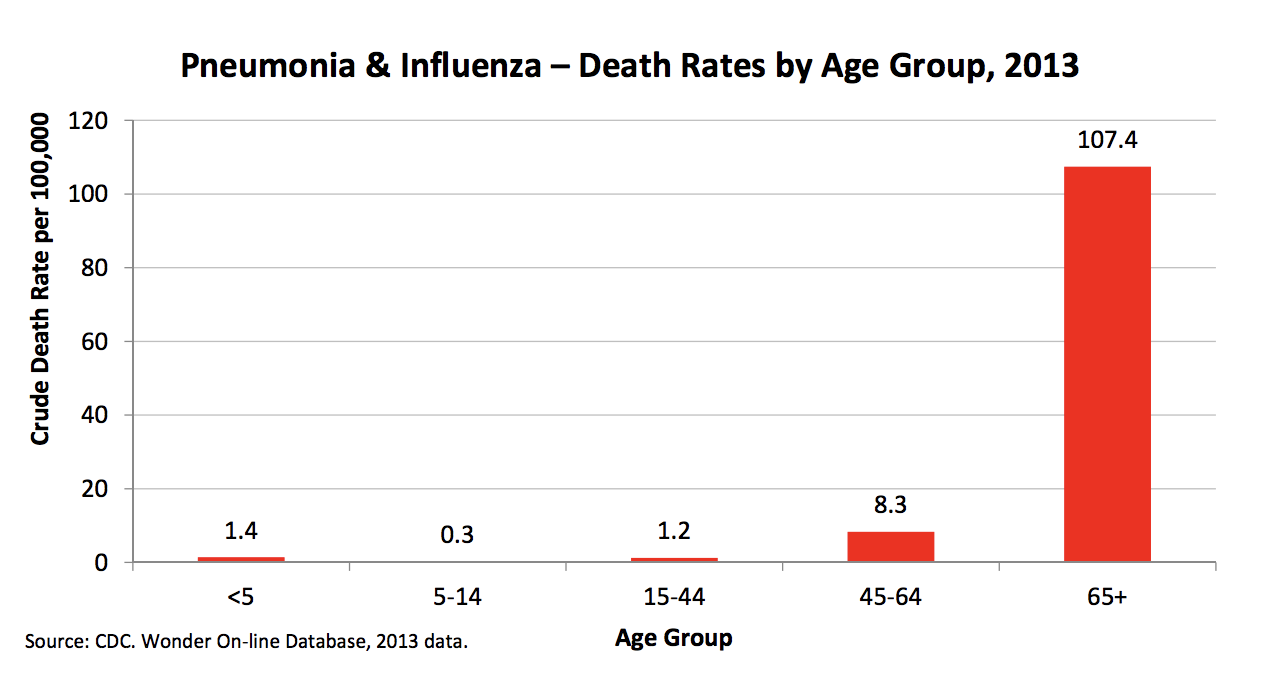 Pneumonia Deaths Are Not Only Caused by Influenza

Grouping pneumonia with influenza is a way for the CDC to gauge how many people might have influenza-related pneumonia, but that doesn’t mean pneumonia is only a complication of influenza viral infection.

Pneumonia is an infection that inflames the air sacs in one or both lungs. The air sacs may fill with fluid or pus (purulent material), causing cough with phlegm or pus, fever, chills, and difficulty breathing

Many things can cause pneumonia, including bacteria, viruses, mycoplasma, fungi and chemicals. These include:

So despite (or is it because of) having a high vaccination rate, Americans over age 65 succumb the most to the flu and pneumonia. Also, note that the pneumonia diagnosis is decreasing for adults over 65, and correspondingly, Alzheimer’s diagnoses are increasing, suggestive of diagnostic transfer.

You can see that pediatric deaths due to Influenza were actually lower before routine Influenza vaccination of this age group. The same is true for “All Ages”. As vaccination rates for “Influenza” increase, so too does the mortality for this infection. 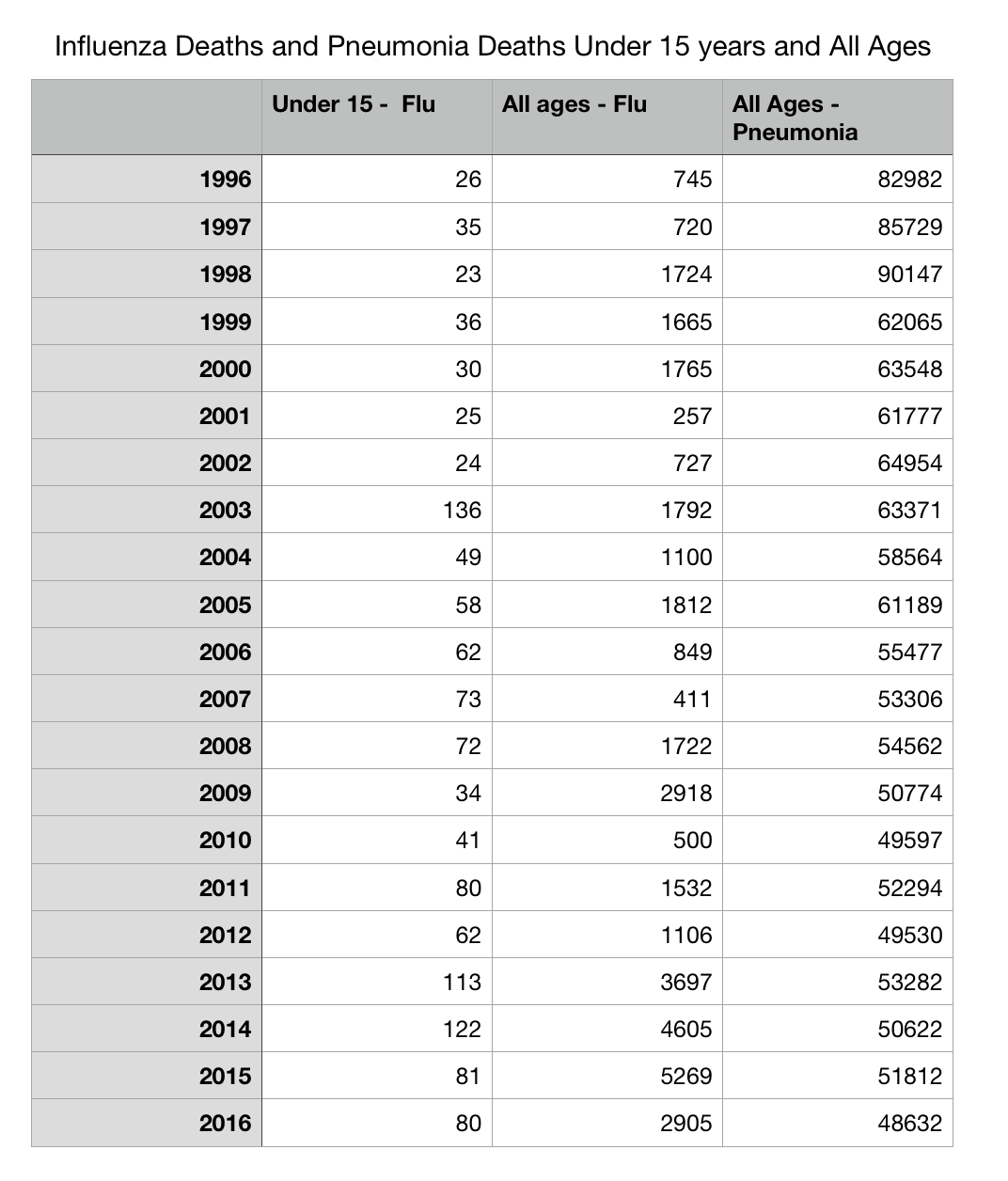 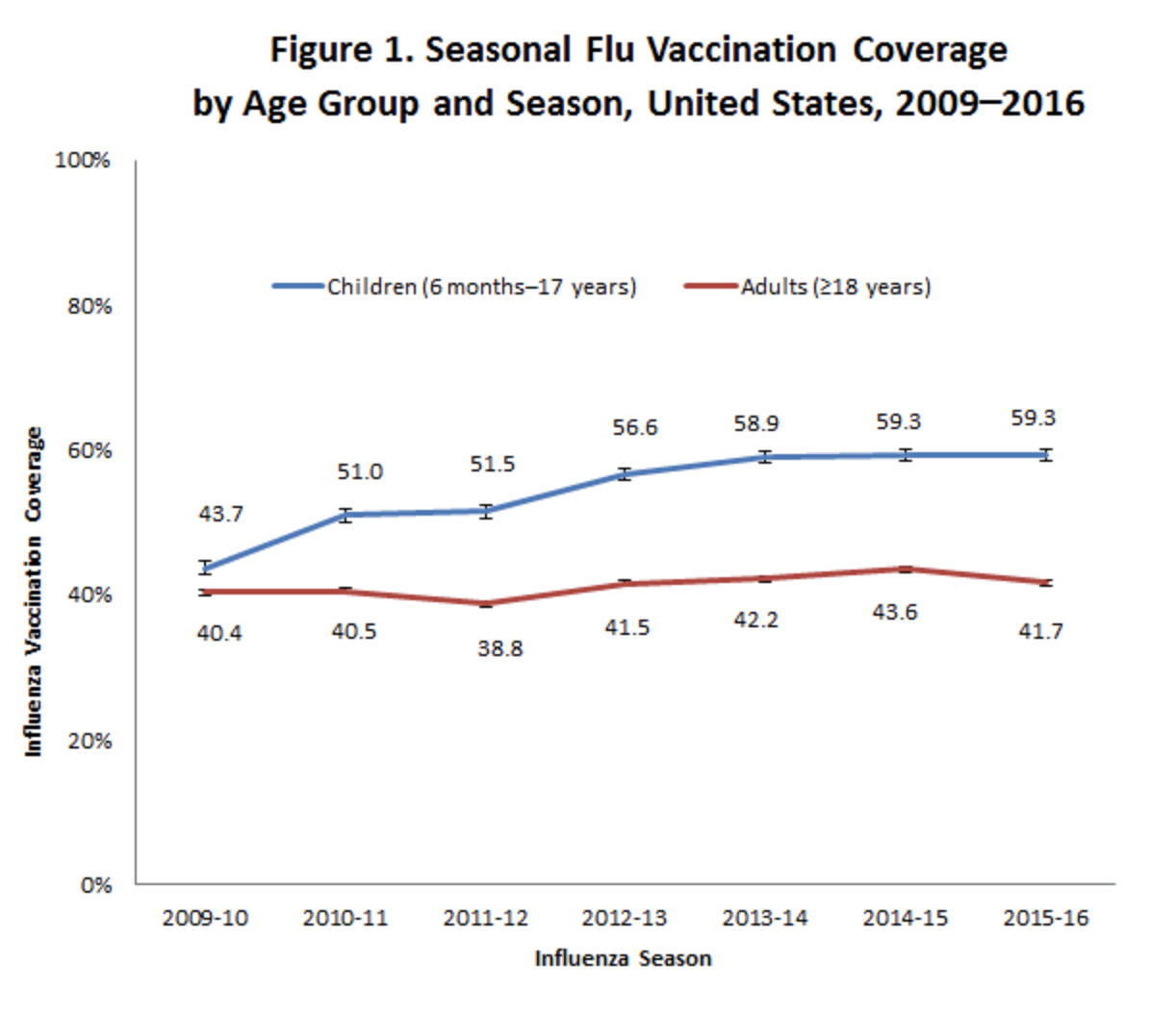 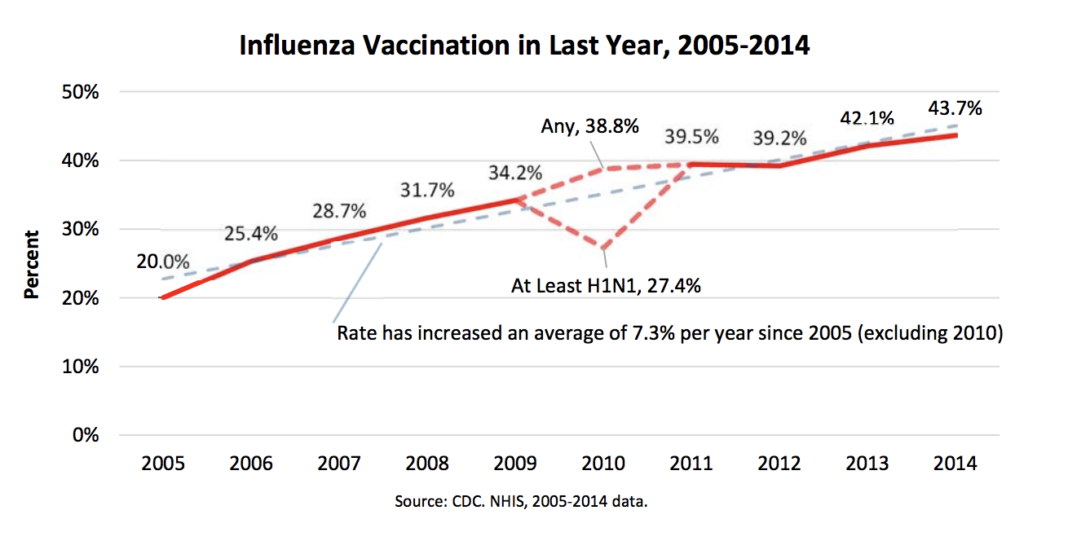 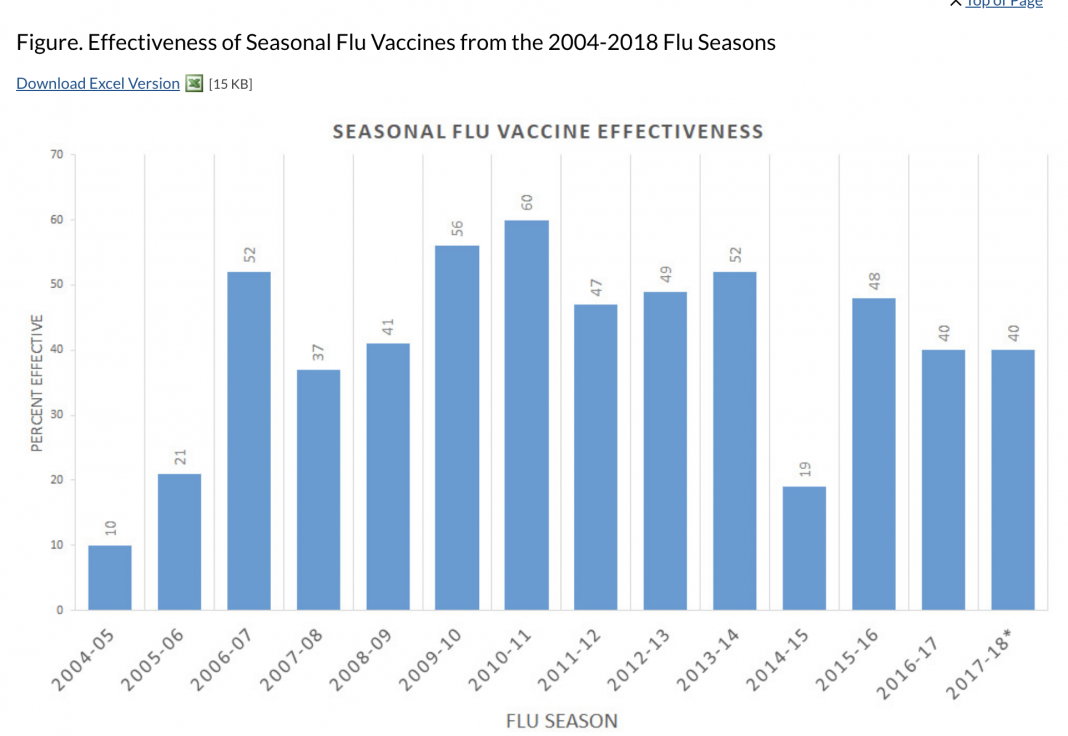 It’s absolutely tragic that 183 children under 18 died of influenza-confirmed illness last season. It doesn’t make me want to get a flu shot though. What is actually killing these children? Is it Influenza virus? Is it Tylenol and Tamiflu? Is it a vaccine-damaged immune system? Why were there fewer pediatric influenza deaths 20 years ago? What’s going on??

In previous seasons, up to 31% of pediatric flu deaths were vaccinated against the flu.

Does the CDC, doctors and other medical professionals genuinely want to prevent deaths? Do they genuinely want to prevent infection? Then stock up every hospital and emergency room with Vitamin C, Elderberry Syrup, and Vitamin D. And stop recommending and prescribing TYLENOL and TAMIFLU (Oseltamivir) to people who present with infection. These pharmaceuticals do absolutely nothing to benefit the body, and actually harm the body. These medications will absolutely contribute to more deaths.

What about Flu Shot Shedding?

Most people don’t think the normal flu shot sheds, that only the fluMist intranasal vaccine sheds because it’s a live virus.

I could not find a study that actually proved the regular inactivated flu shot doesn’t shed, but a lot of people report feeling sick after vaccination. Check out the Flu Shot Diaries. Also read through VAERS reports.

What about Asymptomatic Carriage or Subclinical Infections?

What we don’t appreciate about Influenza infection may actually be that the majority of infections are asymptomatic and subclinical.

According to this study:

“Mathematical models typically assume that 33% to 50% of infections are asymptomatic or subclinical, and these individuals are around half as infectious as symptomatic cases.”

These “silent spreaders” may be lucky enough to not have full-blown infection, but their ability to transmit infection is only reduced by half. Meaning, they can still spread the virus they were lucky enough not to get sick from. Has anyone looked at the rate that a fully-vaccinated subclinical infection spreads and sheds flu virus? Wouldn’t that be good to know before we encourage everyone to get a flu shot, a portion of which may end up having a subclinical infection?

This study notes that:

So, 75% of people who had a 4-fold titre increase in Influenza had NO SYMPTOMS.

And according this study, trivalent inactivated flu vaccine did not provide any protection against hospitalization in pediatric subjects, especially children with asthma. On the contrary, we found a threefold increased risk of hospitalization in subjects who did get the TIV vaccine.

What To Do If You Get the Flu?

Take a break! And also, take your vitamins. Studies show that Vitamin D, Vitamin C, and Elderberry Syrup are powerful and potent in Influenza prevention and recovery. I bet your doctor never told you that!

One of the biggest complications to Influenza may be dehydration so drink tons of liquids: water, bone broth, citrus juices, coconut water, smoothies. Add lemon and cayenne pepper to your water. Drink tea with honey for a sore throat. Swallow spoonfuls of diced raw garlic cloves with raw honey followed by a chaser of water. Garlic is a well-known antiviral and antimicrobial. Make Turmeric Milk Lattes to reduce inflammation and to add more antiviral protection. Don’t take Tylenol or Tamiflu.

“The effectiveness of vitamin C in preventing and relieving the symptoms of virus-induced respiratory infections.”

“Randomized study of the efficacy and safety of oral elderberry extract in the treatment of influenza A and B virus infections.”

“Inhibition of several strains of influenza virus in vitro and reduction of symptoms by an elderberry extract (Sambucus nigra L.) during an outbreak of influenza B Panama.”

“Preventing the common cold with a garlic supplement: a double-blind, placebo-controlled survey.”

Why Tamiflu is dangerous:

Why Vaccines against the Flu don’t work: 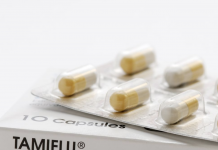 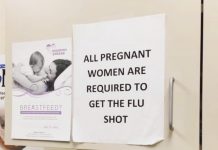 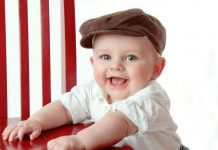 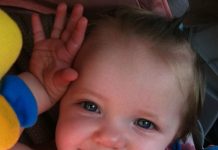 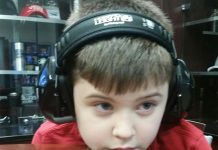 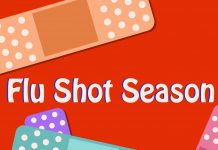 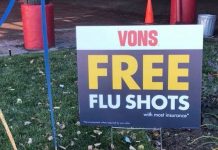 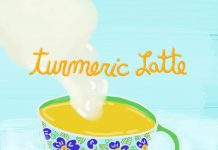 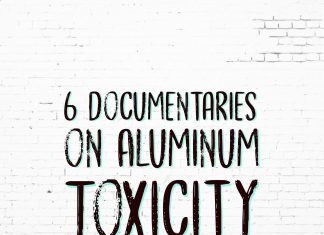 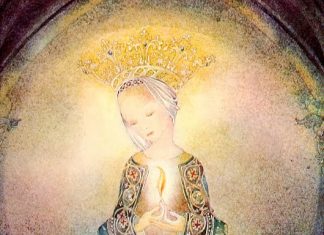 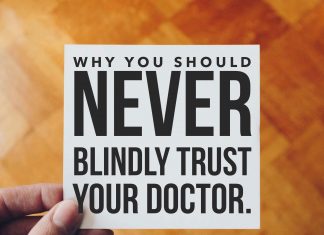 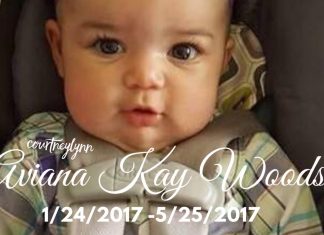 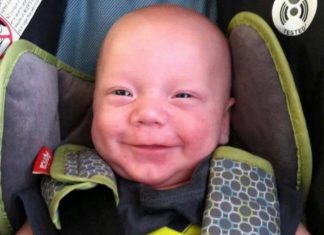